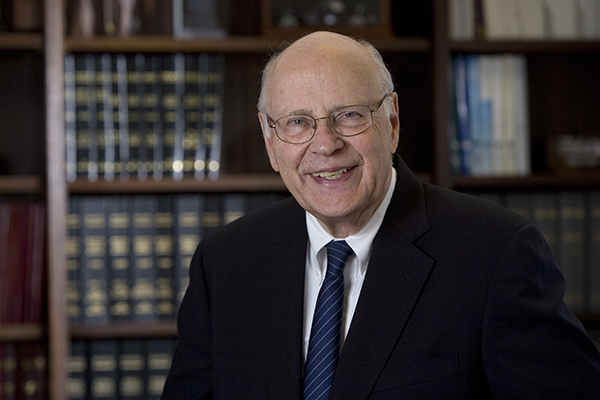 Kelly Services Inc., a large workforce solutions firm in Troy, today announced the retirement of Terence E. “Terry” Adderley as chairman, and elected lead director Donald R. Parfet to be its next chairman. George S. Corona will continue as president and CEO of Kelly Services and remain a member of Kelly’s board, while Adderley remains the controlling shareholder.

“I am proud to have been a part of Kelly for more than 60 years and honored to have followed in the footsteps of my father, William Russell Kelly, who launched the temporary staffing industry,” says Adderley. “I am confident the company remains in good hands, and that Kelly will continue to grow and prosper under the proven leadership of both George and Don.”

Key highlights of Adderley’s career at Kelly include:

Taking Kelly Services Public: Kelly expanded rapidly in the 1950s and early 1960s, growth that challenged the boundaries of the company’s financial systems and controls. With Adderley’s background in finance, he quickly recognized that sustained growth demanded stronger financial controls and he took on the task of reorganizing Kelly’s finance functions. He then added another level of discipline by taking the company public in 1962.

Bringing Discipline and Respect to the Staffing Industry: Temporary staffing was still a relatively new concept in the late 1940s and 1950s, and U.S. federal and state governments were struggling with how best to regulate the industry. In response to abuses caused by some unethical companies, state governments began to classify temporary service companies as employment agencies; these businesses were heavily regulated because abuse was prevalent in that industry.

Adderley was concerned that classifying companies as employment agencies could put Kelly and other staffing companies out of business, or at a minimum, limit their growth. He worked alongside representatives from Manpower and other firms to eliminate these laws and regulations. This work led to the creation of a national association in 1966 – the Institute of Temporary Services, now known as the American Staffing Association (ASA). Adderley served on the ASA board from 1970 to 2005.

Large Company Focus: In the early 1990s, competition had gotten much tougher and large companies’ use of temporary staff had increased to the point that it was often a budget line item. No longer could the expense be ignored and purchasing departments became more involved in the decision-making. Recognizing that Kelly needed to adapt to these trends, the company made a fundamental decision to redirect its sales and service focus to larger accounts. Adderley led the initiative to create a new model that would help companies gain insight into their staffing spend and the companies that were providing their contingent talent.

A native of Detroit, Adderley earned bachelor’s and master’s degrees in business administration at the University of Michigan. Prior to joining Kelly Services, he worked in the treasurer’s department of Standard Oil Co. of New Jersey (now Exxon Mobil Corp.), in New York City.

“It is with a deep sense of gratitude that I thank Terry for his leadership and guidance over the years,” says Corona. “Terry has served Kelly with distinction during his tenure, and his presence — both on the board and as its chairman — will be greatly missed. I am also proud to work for a company whose values are built on a tradition of integrity, quality, and service excellence.”

“We are tremendously proud of Terry, who was Kelly’s longest-serving CEO,” says Parfet. “Terry guided Kelly Services through a period of significant achievement. The company became a global leader in the workforce solutions industry, and sales grew exponentially during his tenure as CEO.

“Terry’s love for the business and dedication to its employees and clients were evident as he continued to apply his considerable skill and acumen in advancing the company’s business activities well into his 80s. He also found time to play an active role in giving back to the community, was a strong supporter of the University of Michigan and Vanderbilt University, and was an avid antique car collector. We wish him the best in his very well-deserved retirement.”

Parfet, Kelly’s lead director since 2012, has extensive financial and operating experiences as an executive with responsibilities for numerous global businesses. In addition to his new role as Kelly’s chairman, Parfet leads business development and venture capital firms focused on the development of emerging medicines. He also serves as a director of two large publicly held companies, and as chairman of a small publicly held company.

Kelly Services and its subsidiaries, offer a comprehensive array of outsourcing and consulting services as well as staffing on a temporary, temporary-to-hire, and direct-hire basis. Kelly directly employs nearly 500,000 people around the world in addition to having a role in connecting thousands more with work through its global network of talent suppliers and partners. Revenue in 2017 was $5.4 billion.