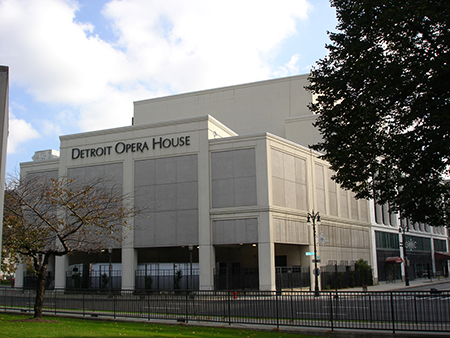 TEDxDetroit — an independent program based off the TED Conference concept, which brings together people to discuss “Ideas Worth Spreading” — will be held Sept. 30 at the Detroit Opera House.

“Detroit is the city of reinvention, and TEDxDetroit brings together the thinkers and doers in our community who are making it happen,” says Charlie Wollborg, curator of TEDxDetroit and “chief troublemaker” of Curve Idea Accelerator. “We’re excited to fill the Detroit Opera House with a creative spark that will forge new connections and collaborations.”â€¨â€¨

The all-day event, which is expected to draw 1,250 attendees, cost $65 per person. Money raised from the event supports charities that promote technology and the arts for children in Detroit. Sponsors include Cadillac, MRM, Quicken Loans, Plex, Absopure, Detroit Venture Partners, Detroit Labs, among others.

Potential speakers for this year’s event may submit their presentation ideas to the selection committee by Aug. 20, through TEDxDetroit.com.

“We’re excited about the future of Detroit and Michigan,” Wollborg says. “It’s hard not to be optimistic after learning from the bright minds at TEDxDetroit.”