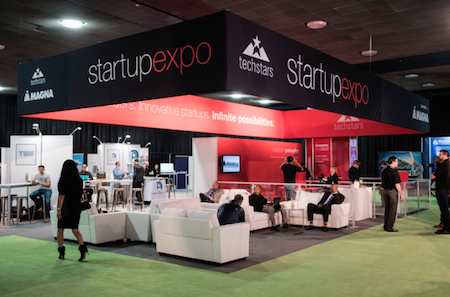 Techstars Mobility Accelerator in Detroit today announced four new corporate partnerships, and that Mighty AI, a Seattle-based startup offering training data for autonomous driving, is opening an office out of the Techstars office at Ford Field in Detroit.

By nearly doubling the amount of its corporate partners, Techstars Mobility looks to continue its efforts in strengthening the Detroit entrepreneurial scene.

“Having raised nearly $30 million from investors, including Foundry Group, Intel Capital, and others, Mighty AI sees the importance of being tied into the Detroit entrepreneurial community,” Serbinski says. “Not only will they work closely with customers across Michigan, they will also actively mentor the incoming 2017 class.

“As we look to the next five years, I’m excited that our program is operating at the intersection of Detroit’s two biggest strengths: its automotive dominance and entrepreneurial resurgence. Our next celebration for the growing community will be our 2-day demo day on Oct 18 and 19.

In the last five years, active venture-backed startups in Michigan have increased nearly 50 percent, while in the last 18 months the partners of the Detroit startup accelerator have invested in 22 companies around the world. Combined, the companies have raised more than $20 million and are valued at $100 million.

The incoming 2017 class of startups will be announced on July 17.