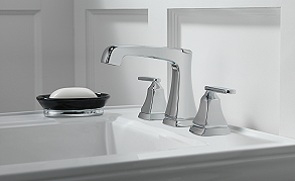 Taylor-based Masco Corp., a designer and manufacturer of branded building products, today reported sales in 2015 grew 2 percent to $7.1 billion when compared year over year, and profits increased nearly 20 percent to $927 million in 2015.

“2015 was a transformative year for Masco,” says Keith Allman, president and CEO of Masco. “On June 30, we successfully completed the spinoff of our services businesses (called TopBuild), transforming Masco into a branded home improvement and building products company. Our clear strategy and focused execution enabled us to reach a number of milestones.”

Also in 2015, Masco announced it will move its headquarters to a new, 75,000 square foot facility in Livonia by the end of this year.

“We look forward to capitalizing on the momentum we’ve built this past year,” Allman says. “We remain confident in our ability to successfully execute against our long-term growth strategies by leveraging our industry leading positions, robust innovation pipeline, and our Masco Operating System.

Founded in 1929 by Alex Manoogian, the company today has nearly 32,000 employees. Masco operates more than 20 companies and has nearly 60 manufacturing facilities in the United States (20 in other parts of the world).â€‹