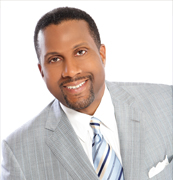 Tavis Smiley will be at Wayne State University in Midtown later this month to tape five episodes of his PBS Tavis Smiley show in front of a live audience.

“Detroit has a bright future and we intend to give viewers across the country an in-depth look at the city’s rich cultural heritage, thriving art scene, and some of the forward-thinking initiatives taking root,” Smiley says.

His show will include topics on the challenges facing longtime residents of the city, Dearborn’s Arab American community, and the resurgence of downtown Detroit. A Detroit town hall meeting will conclude the episodes. The series is being funded by the Skillman Foundation and the Ford Foundation. Detroit Public Television will provide the crew and the facilities.

Smiley will film his show on March 23, 24, and 25. To attend a live taping, visit dptv.org/tavissmiley.