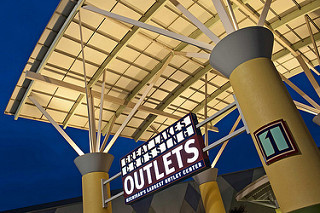 Current board members Graham T. Allison and Peter Karmanos, Jr. will resign from the board effective Jan. 15, and Clark and Embler will serve the remainder of their terms, which end at Taubman’s 2018 annual meeting.

As an investment professional, Clark has held several leadership positions in asset management, mergers and acquisitions, corporate finance, debt capital markets, real estate, and other areas relevant to Taubman’s business and operations. She has served as managing partner at Eachwin Capital since its founding in 2010 and was a partner at AEA Holdings and a senior advisor to its real estate affiliate Aetos Capital Asia.

Embler is also an investment executive with public company board experience. He has served as chief investment officer of Franklin Mutual Advisers, an asset management subsidiary of Franklin Resources Inc. Embler has also held several positions including managing director and co-head of a proprietary trading division at Nomura Holdings America Inc.

“These appointments underscore the board’s commitment to strong corporate governance practices and alignment with shareholders,” says Myron E. Ullman III, lead director and chair of Taubman’s nominating and corporate governance committee. “Following direct engagement with many of the company’s shareholders, the board identified Mayree and Mike as exemplary and highly complementary additions.

“Our goal was to bring additive skillsets to the Board, increase gender and other diversity, and reduce the average age and tenure of our independent directors, and with the additions of Mayree and Mike, we have done just that. On behalf of the board, I thank Graham and Peter for their many contributions to Taubman over the years.”

Taubman also announced the board of director’s decision to declassify bylaw amendments, which implement the company’s transition to annual elections for directors, in accordance with the timeline previously announced. Directors will be elected for one year teams beginning with the 2018 class of directors. Later classes will also stand for one-year terms at subsequent annual meetings, and the board will be fully declassified by the 2020 annual meeting, when the 2017 director class completes their terms.

Cia Buckley Marakovits was also added to the company’s nominating and corporate governance committee following a review of the board’s composition and her involvement in Taubman’s shareholder engagement and governance initiatives. Marakovits joined the Taubman board in Dec. 2016.