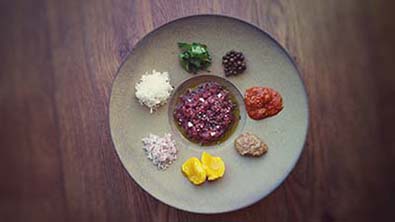 Famed Chef Harlan “Pete” Peterson of the now-closed Tapawingo restaurant in Ellsworth, south of Charlevoix, has partnered with another chef to open a new vegetable-focused restaurant in Traverse City called Alliance. He expects Alliance to open in January.

Peterson says he decided to get involved with the venture after meeting James Bloomfield, a chef and graduate of the Great Lakes Culinary Institute at Northwestern Michigan University in Traverse City.

Peterson says he recognized Bloomfield’s talents and wanted to keep him in the northern Michigan area. The pair is opening the restaurant with Dan and Meridith Falconer, the owners of the building where the eatery will be located. The new venture, called Warehouse MRKT, will be home to BLK MRKT, a coffee shop; Wood + Cloth, a home furnishings store; and Relish, a women’s apparel store, among others.

“This restaurant is not at all going to be vegetarian, but we will depend a lot on vegetables and the creative use of all the local products here,” Peterson says.

He says the 1,000-square-foot, 40-seat restaurant, to be located at 144 Hall St., will have a 500-square-foot patio that offers a view of the West Arm Grand Traverse Bay. Peterson says the menu reflects how more people are moving away from a traditional appetizer, main course, and dessert to dishes that can be shared with family and friends. 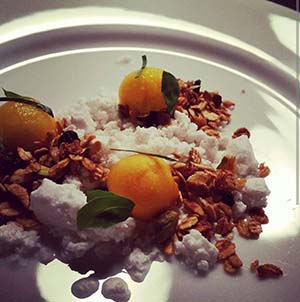 “There will be a mix of a lot of different flavors, like Asian and Latin — the repertoire is going to be very varied,” Peterson says.

He says Alliance will have a full bar with a smaller selection of beverages. Peterson says the restaurant has a simple and modern feel, but has a mix of elements of different styles, like an old baker’s cupboard that has a porcelain counter and a built-in flour bin that will serve as the waiters’ station.

“It is relatively clean and modern, but there are bits of old comfort built into it, too,” Peterson says.

He says Bloomfield will lead the kitchen, while Peterson will manage the front of the house and occasionally help with prep work.