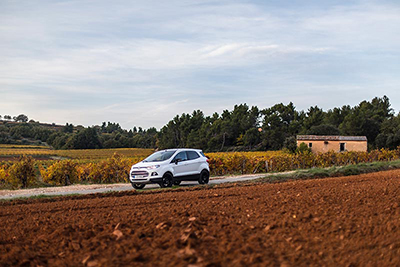 “There’s a growing sense of excitement about Ford in Europe, from the new Mustang and Focus RS, to our growing SUV line-up, to our best-selling commercial vehicles,” says Roelant de Waard, vice president of marketing, sales, and service for Ford of Europe. “We’re reaching more customers, and importantly, we’re winning over even more retail and business fleet customers.”

Waard says across all of Ford’s 50 European markets, the automaker sold 401,200 vehicles in the first quarter of 2016, up more than 8 percent compared to the same period last year. Ford’s passenger cars had their best first quarter since 2011, and the automaker saw its best commercial vehicles sales in the continent since 1993.

Moving forward, Waard says Ford will bolster its SUV line-up with the launch of new Kuga and Edge models in the second half of the year. Ford expects its SUV sales to grow by 30 percent in 2016 compared with 2015, and to break the 200,000 sales barrier for the first time in Europe.

He says in the performance segment, the Fiesta ST200 goes on sale later this year, following the launch of the Focus RS. In total, around 40,000 Ford performance cars are expected to be sold in 2016 — a 50 percent improvement on 2015.