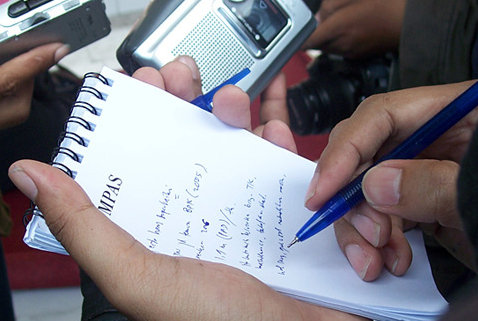 Today’s journalists are getting the jump on executives by studying their social media profiles, especially LinkedIn, prior to conducting an interview, says a new survey from Troy-based Bianchi Public Relations Inc.

“One of the biggest dangers facing CEOs who engage in media relations is failing to take the time to prepare for the interview,” says Aaron Blank, a member of the Public Relations Global Network that conducted the survey. “Ignorance can be costly to a CEO or his/her company.”

The survey asked 50 journalists around North America how they prepare for an interview and what they take away from an interview.

They found journalists use Twitter, LinkedIn, and past media coverage to prepare for interviews and are turned-off by executives who act arrogant or don’t answer sensitive questions during an interview.

The study also found that journalists expect CEOs and executives to demonstrate extensive knowledge of the company and the market as well as be engaging during the interview.

A majority of journalists were turned-off when executives indicated what should and should not appear in an article.

Based on the survey results, PRGN recommends that CEOs preparing for their next North American media interviews should:

· Get their LinkedIn in order. Executives need to make sure their profile represents the company and its brand.

· Obtain favorable media coverage. Become a thought leader in your industry. Find opportunities to write bylines for publications and offer yourself as a spokesperson to the media.

· Schedule the interview at the right location. Since most journalists prefer to meet at the executive’s office, make sure your office represents your organization well — and make sure it is clean and free of company business plans.

· Check their attitude at the door. We all have bad days.

· Have an answer for the sensitive questions.