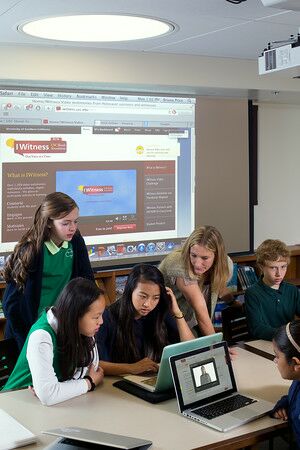 Filmmaker Steven Spielberg, founder of the University of Southern California’s Shoah Foundation, which gathers video testimonies from survivors of the Holocaust, will present William Clay Ford Jr., executive chairman of Dearborn-based Ford Motor Co., with a humanitarian award at the organization’s annual gala, to be held Sept. 10 in Dearborn.

The Shoah Foundation has been working with Ford to expand the Institute’s IWitness educational platform in the Detroit area, which brings first-person stories of survivors and witnesses of genocide to students through multimedia-learning activities.

“Working with Bill Ford and Ford Motor Co. to further explore ways to share the work of the Institute with the people of Michigan is a wonderful opportunity,” Spielberg says. “Reaching people when they’re young is the key to changing the world with testimony. IWitness and its ability to deliver tolerance education to the Detroit region gives me great hope that together we can affect significant change.”

The Shoah Foundation has a long history with the automaker, who was the sole sponsor of the 1997 NBC broadcast of Spielberg’s Academy Award winning Schindler’s List, a historical drama based on the life of Oskar Schindler, a German businessman who saved the lives of Polish-Jewish refugees during the Holocaust by employing them in his factories.

Some 100 educators in Michigan use IWitness, and more than 250 educators in the state have been trained on Echoes and Reflections, a multimedia Holocaust curriculum.

“The commitment of Bill Ford and Ford to support new approaches to learning, to provide scholarships, and to help deserving students attain higher education, makes him a great ambassador, and I am proud to recognize him for his efforts,” Spielberg says.

A portion of the proceeds raised at the gala will go to educational programs in secondary schools in the region.