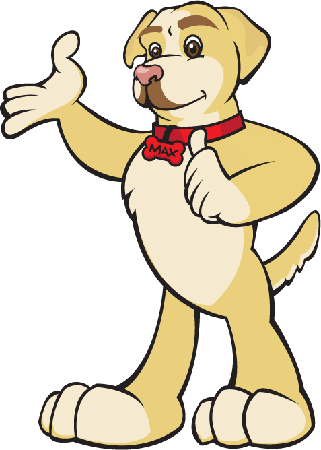 “Max & Wrigley,” which follows characters based on a real-life English Labrador and a Bassett Hound, is currently in pre-production with the pilot scheduled for completion this fall. From there, Majewski, who has designed the show so that it meets the pitch requirements designated by the Public Broadcasting Service, will present the show to outlets such as PBS.

“When I first started the book series, one of the main elements was to teach readers about dealing with social and emotional issues (such as moving away from home),” says Majewski, who is also one of the managing members of Sterling Heights-based Paw City LLC, the organization behind the educational programming. “With the TV show, we’ve taken it one step further so that the content within the scripts meets early educational curriculums set forth by both Michigan and national standards.”

To encourage learning in the sciences, technology, engineering, and mathematics, each episode will include STEM education in one format or another. In one episode, for instance, Max will count aloud the number of food items he needs for a cooking recipe. Other episodes talk about photosynthesis as well as green energy.

“We believe children are sponges, so we want to fill them with education but in an entertaining way to reinforce the leanings,” Majewski says.

The 13-episode season will be produced in metro Detroit. “A lot of your animation companies are either in California or Florida, or are are actually produced outside of the country,” he says. “I want to show that we can put together a production in Michigan of the same quality — if not exceeding the quality — of some of the productions that are produced in Hollywood.”

He adds that a portion of the proceeds from the show’s production will be dedicated to Western Michigan University’s College of Education and Human Development to benefit autism, special education, and urban learning research. “That way, not only will we be educating children today, we’ll be helping improve education for future (generations),” Majewski says.