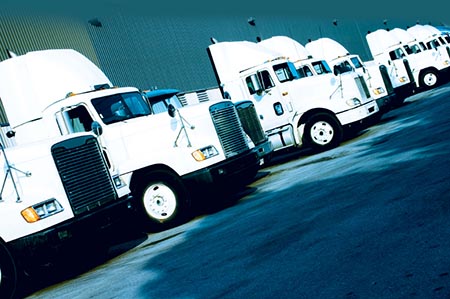 Sterling Heights-based Ktisis — named for the Greek word meaning “creating a new process” — is looking to reduce fleet operating costs with the development of a gas tank system that supports both compressed and liquefied natural gas.

The goal is to have a prototype done by May, says Stephen Chue, a principal at Ktisis.

“Fleets have one thing in mind, and that’s to move people or things from Point A to Point B,” Chue says. “They’re not usually worrying themselves with technology. They’re focused on making sure their equipment is reliable and that they’re making a (profit).”

Considering that fuel accounts for about 30 percent of an average fleet’s operating costs, there are some clear benefits for making the conversion from diesel to natural gas. However, with today’s gas tanks, fleets usually have to choose between compressed or liquefied natural gas, each of which has its own benefits and limitations, Chue says.

For instance, a gallon of CNG is about 30 and 40 percent lower in cost than that of gasoline and diesel, respectively. While liquefied natural gas costs a bit more than the compressed version, drivers are able to travel longer distances using LNG.

“Time is money for truckers, so making fewer stops is very attractive — especially right now when the (natural gas) infrastructure isn’t very (built up),” Chue says. “They may have to plan ahead to determine when and where they’ll stop for refills, because there might not be many (stations) along their route.”

Ultimately, the Ktisis system will be able to handle both fuels at the same time.

“That way, we’re helping fleets make a much easier choice about whether or not to convert to natural gas,” Chue says. “They don’t have to decide whether it’s going to be compressed or liquefied — they can have both.”

The company is currently looking for potential manufacturing locations, but would like to stay in Macomb County if possible. Looking down the road, Chue says they hope to develop a similar system for passenger vehicles.

Ktisis is based out of the Macomb-OU INCubator, which recently helped the firm secure a $15,000 grant from the state of Michigan.

“It was a pleasure to assist Ktisis with BAF grant funding to support their growth initiatives,” says Mike Brennan, a capital strategist at Mac-OU INC. “Their innovative, disciplined and methodical approach to nurture and commercialize such a unique domestic energy solution positions the company very well for (growth).”