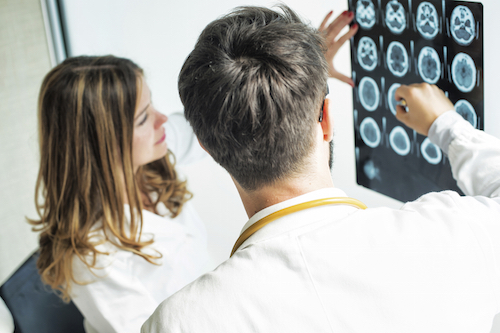 The U.S. National Institutes of Health will provide an estimated $9 million over the next five years to the new Michigan Alzheimer’s Disease Core Center, which will support researchers and clinicians from the University of Michigan, Michigan State University, and Wayne State University.

The center — one of nearly 30 National Institutes of Health-funded Alzheimer’s disease centers across the nation, and the only one that links three major research universities — will be administratively housed at U-M, and researchers and clinicians will collaboratively work from their home institutions.

“The collaboration between Michigan’s three Level 1 research universities and the integration of strong community outreach represents an enormous opportunity for the citizens of Michigan to benefit directly as they struggle to understand and intervene with persons suffering with Alzheimer’s disease,” says Peter Lichtenberg, director of WSU’s Institute of Gerontology and co-core leader for training at the Alzheimer’s Disease Core Center.

The center will support a range of studies on Alzheimer’s disease and other dementias while also educating scientists, health care professionals, and the public on the causes and treatment of dementias.

Researchers will also investigate links between dementia and other illnesses such as cerebrovascular disease, diabetes, metabolic disorders, and depression.

“The goal of all this innovative research across the three universities is to understand disease processes and develop better treatments for the various dementias,” says Dr. Henry Paulson, a neurologist at U-M and director of the Michigan Alzheimer’s Disease Center.

The center will also provide training opportunities across many areas of research and at all levels of expertise, from high school students to junior faculty.

In addition, Alzheimer’s Disease Core Center investigators at all three universities will come together annually for a research symposium to facilitate collaboration and learn about each other’s latest discoveries.

More than 5 million Americans 65 and older have Alzheimer’s disease, and another several million have other forms of dementia including frontotemporal dementia, Lewy Body dementia, and vascular dementia. Currently, no disease-slowing therapies exist for dementia.