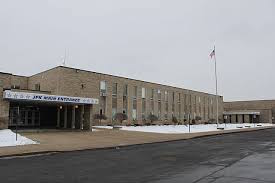 The State of Michigan Court of Appeals has affirmed a 2015 Michigan Employment Relations Commission ruling for three teachers in the Taylor School District, according to the Mackinac Center for Public Policy.

The ruling allows plaintiffs Angela Steffke, Rebecca Metz, and Nancy Rhatigan the option of forgoing a 10-year union security agreement, which required teachers to pay union dues and fees through 2023. The court ruled the security agreement was rushed into existence just prior to the right-to-work law taking effect. The court cited the agreement as “excessive and unreasonable.

“The 10-year union security clause prevented us from holding our union accountable,” says Steffke, a special education teacher. “We’re grateful the court affirmed our rights as sovereign individuals within a union and we’re grateful to the Mackinac Center for helping us ensure our right to work.”

Steffke has remained a part of the union, and is undecided about continuing her membership, but appreciates that she can now exercise her choice.

The Mackinac Center Legal Foundation filed suit in February 2013 on behalf of the teachers against the Taylor Federation of Teachers, the Taylor School District Board of Education, and the Taylor School District.  The Right-to-Work legislation prevents workers from being required to join a union, but signing the union security agreement effectively undermined the law and mandated that teachers be part of the union until the agreement expired.

“We’re thankful the court agreed teachers should not be forced to pay dues or fees to a union they don’t wish to be part of,” says Derk Wilcox, a senior attorney with the MCLF. “It was clear to us, MERC and the Court of Appeals that the union and school district acted with hostility toward teachers wishing to exercise their rights and tried to circumvent state law by requiring teachers to pay union dues or fees long after right-to-work became law.”