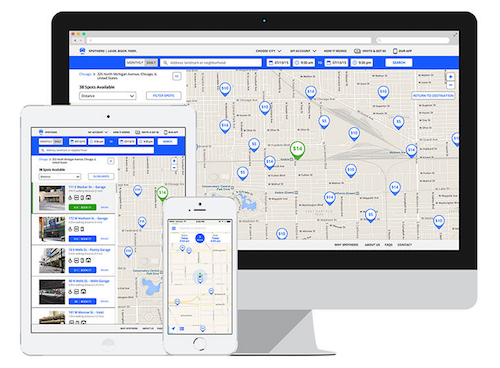 SpotHero, a mobile app that’s been helping visitors and residents of metropolitan cities find short and long term parking solutions has launched in 13 new cities, including Detroit, in response to driver demand.

With more than 3,300 locations in 30 cities nationwide, SpotHero helps travelers and commuters in major cities reserve parking in advance, and find affordable parking options near their work, an airport, or major attractions.

“Drivers that use SpotHero when they travel for business or vacation love the experience and tell us that they want SpotHero in their own cities,” says Mark Lawrence, co-founder and CEO of SpotHero. “We’ve been working really hard to expand nationally to ensure that drivers have exceptional, tech-powered parking experiences no matter where they live.”

Since launching in 2011, SpotHero has helped park more than 4.5 million cars and has plans to double in size again this year. The company laid the groundwork for this expansion by doubling its employee headcount and opening offices in Washington, D.C., New York City, and San Francisco. It recently moved its Chicago headquarters to a larger facility, as well.

SpotHero can be downloaded at The App Store for Apple and Android users and accessed online.