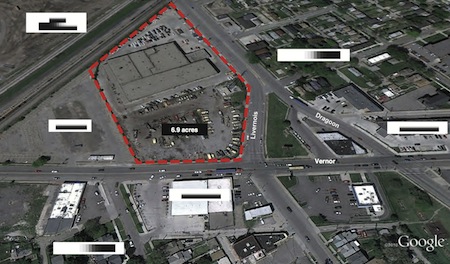 After years of attempts, southwest Detroit officials have gained site control of a 6.9-acre parcel at Vernor and Livernois occupied by a long-closed Detroit Public Works yard. The redevelopment of the site joins several new and upcoming improvements along Vernor, which has distinct east and west commercial districts. 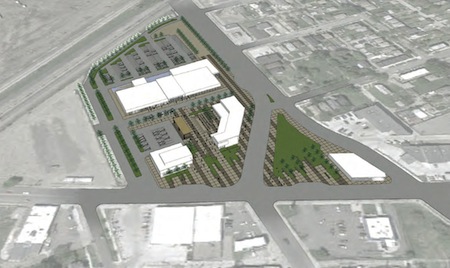 “I remember walking by the site as a kid, and that area was an eyesore,” says Michael Odom, chairman of the Southwest Business District Association. “One goal is to use the development to better connect the East Vernor and West Vernor commercial districts. It will be another way to attract new businesses to the area to bring more jobs and economic activity, as well as provide opportunities for existing businesses to expand.”

In recent weeks, Vernor has been undergoing a major update, including the installation of 200 streets lights (copper free) stretching west from Clark Park to General George S. Patton Park as well as the repair of damaged sidewalks and curbs. New landscaping is being added, as well.

Pictured at right: The vision for Vernor Square.