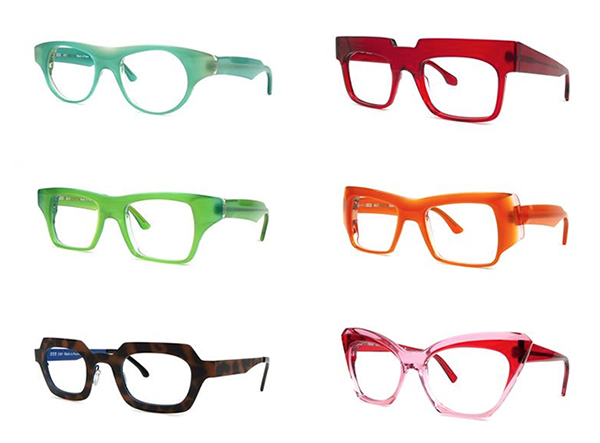 Southfield-based See, an optical concept boutique, Thursday announced its revamped Sexy Specs collection is now available in stores. The Sexy Specs concept was made famous by Richard Golden, former president and CEO of D.O.C., who made the original Sexy Specs commercials that aired from the 1990s-2002.

See was created by Golden, and the new collection is available in all 41 See stores in the U.S. and Toronto.

“The goal was to create an edited selection of frames that could truly stand up to the name Sexy Specs,” says Golden. “The new Sexy Specs releases are an eclectic mix of bold, bright, and unique shapes that will appeal to people who search for something different that they will look and feel great in.”

The collection is exclusive – 100 or fewer pairs of each frame were made.

“We intentionally only produced 80-100 of each of the Sexy Specs styles,” says Randal Golden, Richard Golden’s brother, who oversaw the creation of the collection.  “We wanted these to be limited editions and incredibly special, and with those quantities, we’ll only be sending approximately two of each color of each style to a specific store. These dramatic frames will be like custom-made glasses for the lucky people who wear them.  The odds of them running into someone else in their city with the same pair are almost nil.”

The frames were created through collaborations among eyewear artisans in France, Italy, and Germany. They are all hand-crafted and made of Italian acetate in colors created exclusively for See. All styles have custom elements, including milling, etching, fusing multiple colors, and layered acetate.

“Today, 24 years from the time the Sexy Specs commercials first ran, there is rarely a day that goes by where someone doesn’t mention something about Sexy Specs when they see me walking around town,” says Richard Golden. “It’s unbelievable.

“We had always advertised, but up until that point, I’d only ever done commercials wearing a suit and tie. Appearing on camera wearing a leather jacket and getting on a motorcycle or dancing with school kids and people in the supermarket was something completely different for the brand, and it really resonated with people.”

See is dedicated to causes including ovarian cancer research, human rights, and animal welfare. For a complete list of store locations or to view the Sexy Specs and other collections, visit seeeyewear.com.