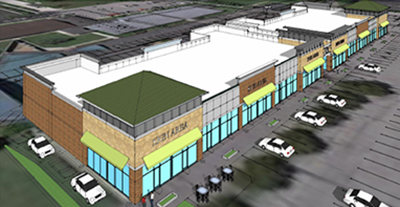 Plans for a mixed-use development of 114 luxury apartments, a restaurant, and two multi-tenant retail buildings are moving ahead on the site of the former St. Bede Church at 12 Mile and Southfield roads following final approval by the Southfield City Council.

“Southfield has experienced a great deal of development and redevelopment projects throughout the city in recent months,” says Donald Fracassi, the city council’s president pro tem. “This project will be a vibrant mixed-use redevelopment that will offer residents and visitors alike yet even more great retail, restaurant, and residential options here in the city of Southfield.”

The council last week also approved the third phase of the Arbor Lofts development, which calls for the construction of a two-story, 43,000-square-foot mixed-used development at the northwest corner of Civic Center Drive and Central Park Boulevard.

Earlier this year, a 10,000-square-foot, multi-use accessory retail building was also approved for construction at the corner of Civic Center Drive and Central Park Boulevard.

“It is very exciting to see the Arbor Lofts development continue to take shape, starting with the adaptive reuse of the former antiquated office building to new mixed-use construction,” says Terry Croad, Southfield’s director of planning. “We are very pleased that this project continues to move forward and attract further interest and investment.”