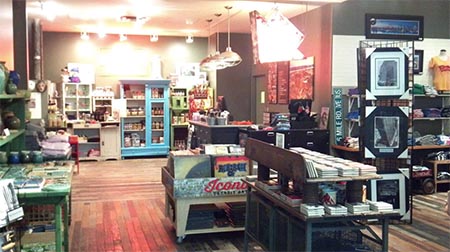 The Detroit Shoppe at the Somerset Collection in Troy on Saturday will host Detroit legends such as author Steve Miller, and photographers Tom Weschler, Leni Sinclair, and Jenny Risher.

“The Detroit Shoppe’s mission is to serve as a billboard for Detroit at the Somerset Collection, supporting and highlighting our city’s iconic brands,” says Peter Van Dyke, publicist for the Somerset Collection. “Rock is part of Detroit’s music heritage and The Detroit Shoppe wanted to celebrate that by exploring every element of its history and art.”

The event, from 1 p.m. to 4 p.m., will include a book/artwork signings, rock art displays, and a DJ. There will also be a Bob Seger song rendition contest, with the winner receiving two floor seat tickets to Seger’s concert at the Palace of Auburn Hills on March 26.

All guests have a connection to Detroit’s music legends. Steve Miller is a Lansing-based music journalist. His book, Detroit Rock City, chronicles Detroit bands from the 1960s through 2000. Tom Weschler is a Detroit-based photographer who was Bob Seger’s former road manager. Leni Sinclair is a Detroit–based photographer who was a leader in the city’s countercultural movement in the ’60s and ’70s. Jenny Risher is a photographer whose work has been featured in The New York Times, Vanity Fair, and Hour Detroit. Her book,Heart Soul Detroit, features 50 influential Detroiters.

The Detroit Shoppe is located on the third level of Somerset North. The store sells Detroit memorabilia and features Michigan brands such as Fathead, Carhartt, and McClure’s Pickles.