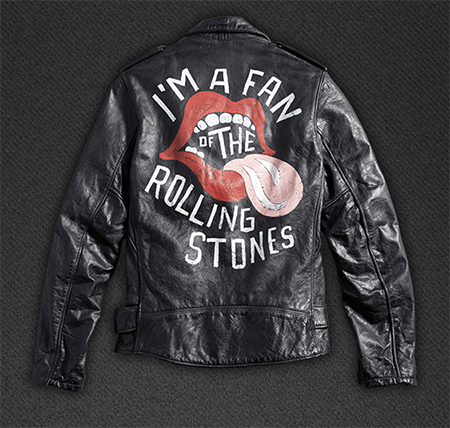 The Lucky Brand store at the Somerset Collection in Troy will hold an event that will feature limited edition Rolling Stones offerings along with band memorabilia on Tuesday. The event coincides with The Rolling Stones’ North American tour and the Sticky Fingers album reissue. The tour comes to Comerica Park in downtown Detroit on Wednesday.

“Lucky Brand was founded upon a love of music paired with an irreverent rock and roll attitude, both of which The Rolling Stones embody more than any other artists in history,” says Carlos Alberini, CEO of Lucky Brand.

The event will offer guests a first-look at the new collection and access to Rolling Stones memorabilia. The collection includes vintage-inspired t-shirts, leather jackets, denim jackets, and CDs. Prices range from about $40 for a t-shirt to $2,000 for a leather jacket.

Two guests will also receive tickets to the Rolling Stones concert at Comerica Park Wednesday. The tour marks the band’s first return to Comerica Park in 10 years. In February 2006, the group played the half-time show of Super Bowl XL in Detroit. The band features Mick Jagger, Keith Richards, Charlie Watts, and Ronnie Wood along with special guest, Walk the Moon.

The in-store event will be held from 2 p.m. to 5 p.m. Tuesday. For more information, click here.