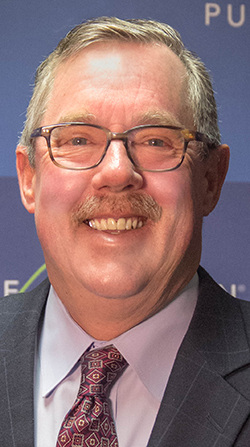 “One of my top priorities has been to make Michigan a national leader in talent development by focusing on workforce training for the jobs of today and tomorrow,” Snyder says. “That effort will require a comprehensive, unified approach to best help Michiganders while working to retain and attract businesses to create more and better jobs.”

The executive order calls for the restructuring of several of the current state departments. Under this structure, the three pillars of economic development — talent development, community development, and business development — will all be part of one organization and share the same vision and goals, Snyder says.

The changes will bring a series of leadership moves, including the appointment of MEDC CEO Mike Finney to Snyder’s executive staff. Steve Arwood, MEDC executive vice president and COO, will serve as director of the new Department of Talent and Economic Development as well as member of the governor’s cabinet.

The executive order also authorizes the Michigan Economic Development Corp.’s executive committee to determine whether or not Arwood will become the CEO of the MEDC.

Stephanie Comai, deputy director of the Department of Licensing and Regulatory Affairs, has been director of the Talent Investment Agency and will also serve as a member of the cabinet.

“Our state has made great strides,” Snyder says. “Now is the time to keep moving forward, taking the next steps to ensure Michigan’s resurgence will continue long into the future.”

Further details will be announced in January, with the new department and agency assuming operations 60 days following the start of the new legislative session.