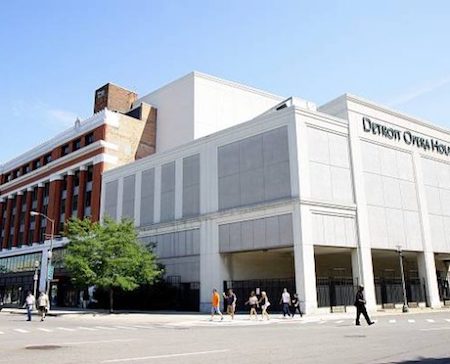 Often referred to as “The Pope’s Choir,” the Sistine Chapel Choir, in partnership with Corporate Travel in Dearborn Heights and the Archdiocese of Detroit, today announced its first Detroit performance, taking place Saturday, Sept. 23 at the Detroit Opera House.

The upcoming performance marks the group’s first return to the United States in more than 30 years, with additional stops in New York and Washington, D.C. planned.

Records of the papal choir date back to the fifth century, and more than 1,500 years later, the role of the ensemble — consisting of 20 men and 35 boys — remains the same, namely to sing at papal liturgies.

“The Choir will bring its cutting- edge research and study of Renaissance music, coming right from the archives of the Sistine Chapel, preserved in the Vatican Library, the largest Renaissance music archive in the world – bringing the very best of the Renaissance that will make up the production of a beautiful concert at the Detroit Opera House.”

Maestro Palombella is the only person to have 100 percent access to the Vatican’s archives, the largest collection of Renaissance music in the world, and was responsible for bringing back a revival of Renaissance singing to the choir, which earned an ECHO KLASSIK Award for classical music in 2016.

“It is a great honor to host the choir of the Sistine Chapel in Detroit,” adds Archbishop Allen H. Vigneron, Archdiocese of Detroit. “I am very much looking forward to their visit to our city and the opportunities this will provide for both the faithful of the Archdiocese of Detroit and for all of our neighbors and friends to see and hear the Pope’s choir. This visit is a privileged occasion for the cooperation between the Church, the civic community, and the business community to share something beautiful for everyone in the region.”