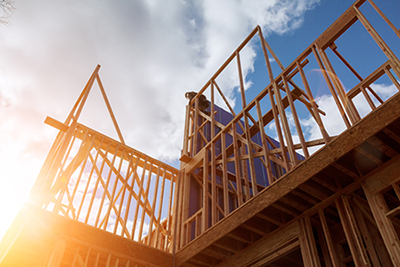 Housing permits for single-family home construction decreased 3.7 percent in Michigan during the month of September. According to the U.S. Census Bureau, there were 1,329 permits issued in September, compared to 1,379 for the same period a year ago.

“The latest housing permit numbers continue a troubling trend for our industry and the state of Michigan,” says Bob Filka, CEO of the Home Builders Association of Michigan. “The fact is new home construction is well below (where) we need (it) to be (to) meet long-term housing needs in Michigan.

“Local community leaders need to start looking at how to attract housing investment to their regions or they may get passed by when it comes to future economic growth. It’s hard to attract jobs when there are few if any housing options for workers.”

Among the challenges hampering the homebuilding industry in Michigan in recent years are the lack of skilled workers to support construction projects, a shortage of buildable lots, rising building material costs, and inconsistent and burdensome government regulations, all of which are serving to drive up costs and push many potential homebuyers to the sidelines, Filka says.

In a recent trend, strong job growth in northern Michigan propelled by major investments in energy, manufacturing, and resort projects have contributed to a new real estate trend: the conversion of vacation properties into extended-stay residences for new workers and their families.

“We’ve never seen anything like it,” says Sandy Mattingly, associate broker at Vacation Rentals and Real Estate in Gaylord. “There’s a housing shortage in northern Michigan and you’re seeing rental vacation homes being made available to new workers. It will take some time for home developers to catch up with the demand for new housing.”

Over the last year, several new projects have been announced in northern Michigan, including a $200 million natural gas facility, Wolverine Power Cooperative’s Alpine Power Plant in Elmira Township, and a new $125-million foundry by EJ (formerly East Jordan Iron Works) for 350 workers in Warner Township. Both projects are projected to be completed by the end of the year.

The latter company’s longtime operation near downtown East Jordan, which serves the marine, forestry, railroad, and agricultural markets and is best known for producing manhole covers, will be torn down. No plans for redeveloping the property, which includes significant frontage on Lake Charlevoix, have been announced.

In turn, Arauco North America is building a $400 million particleboard plant in Grayling, one of the largest such facilities in the world. The plant for 250 workers will service the Midwest and open later this year. Plans call for adding a neighboring furniture plant in the near future.

HBAM warned of a looming housing shortage in Michigan last summer when it issued a proposed 13-point action plan to aggressively attack challenges faced by the industry.  Copies of the HBAM report, “Housing Challenges Threaten Our Economic Growth — Where Will Ten Million Michiganders Live?” can be downloaded at HBAofMichigan.com.

The Home Builders Association of Michigan is a professional trade association comprised of 24 local homebuilder associations around the state and their builder, subcontractor, and supplier members. HBA of Michigan works to promote the building industry and impact legislative, regulatory, and legal issues affecting housing affordability.