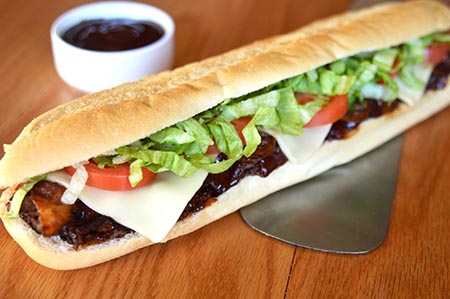 Steak Escape Sandwich Grill, a fast casual restaurant chain based in Columbus, Ohio that offers a variety of freshly-prepared sandwiches, baked potatoes, and salads, will be opening locations in metro Detroit next year in partnership with the Sherwood Group in Bloomfield Hills.

“It became a mission working with our food partners to source the best USDA sirloin steak, the healthiest hormone-free, all-white meat chicken and turkey, as well as to develop the best fresh-baked authentic Italian rolls,” says Ken Smith, co-owner of Escape Enterprises Ltd., the brand that owns the Steak Escape restaurants.

The company has signed a franchise agreement with the Sherwood Group to open three locations in metro Detroit in spring 2016, and a total of six restaurants in the next five years. Exact locations have not been finalized, but are typically found in airports, retail centers, and universities.

In addition to metro Detroit, Michael Shariff, a Bloomfield Hills-based intellectual property lawyer with Inventa Capital Group, and chairman and CEO of the Sherwood Group, plans to open 20 Steak Escape restaurants in Russia over the next 15 years, as well as 10 more throughout Eastern Europe, including Germany, Poland, Czech Republic, Hungary, Slovenia, and Kazakhstan.

“What attracted me to Steak Escapes was that the customer can see high quality food prepared right before their eyes,” Shariff says. “So you can see the steak being prepared on the grill along with onions, mushrooms, cheeses, and all the other menu selections.

“We are in the process of hiring a director of operations for Michigan. Each restaurant will have between 20 and 30 employees and we will be open from 7 a.m. to 8 p.m. Because we will be located at airports, universities, and hospitals, we will be serving breakfast.”