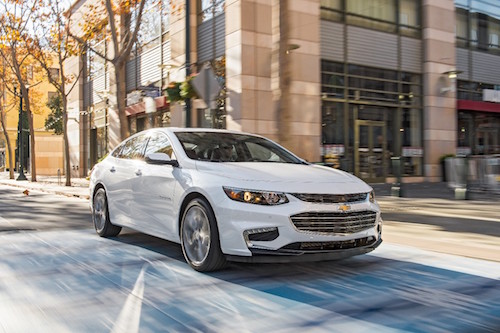 “We are achieving these results while maintaining disciplined incentive spending and commanding the industry’s best average transaction prices for any full-line manufacturer,” says Kurt McNeil, vice president of U.S. sales operations for GM.

GM also saw a 4 percent decrease in its total fleet sales in September, and its fleet mix in August was about 18 percent of total sales, which is below the company’s full-year guidance of 20 percent.

The Ram Truck brand posted a 27 percent sales gain in September compared with the same month a year ago as pickup truck sales increased 29 percent year-over-year. Both the Dodge Charger and Dodge Challenger turned in double-digit percentage increases in September, while the Jeep Grand Cherokee posted an 18 percent sales gain.

Compared to the same month a year ago, the company saw a decrease in its U.S. sales in September for its Jeep brand, (3 percent); Dodge brand, (6 percent); Chrysler brand, (27 percent); and Fiat brand, (30 percent).

Fleet sales of 42,120 vehicles, including daily rental, commercial, and government segments, were down 21 percent, consistent with the company’s plan to front-load fleet sales this year, and sales to daily rental companies declined 36 percent for the month.