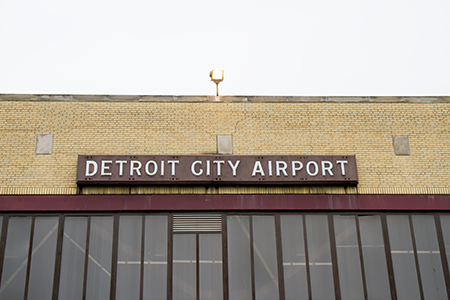 As the city of Detroit and its creditors open trial proceedings today for a sweeping Chapter 9 bankruptcy reorganization, on the table are numerous municipal assets that include the Coleman A. Young International Airport, libraries, hundreds of parking meters, the Detroit side of the Detroit-Windsor Tunnel, thousands of city-owned real estate parcels, and other holdings.

The most difficult asset to package and sell will likely be the airport, given there are more than 100 leases, international security measures with Canada as it relates to border crossings, and millions of dollars in grants that would be owed to the Federal Aviation Administration.

“If there is a city asset that is generating positive cash flow, the city should not sell it because they will need those revenues to exit bankruptcy and help prevent the city from going back into bankruptcy,” says James V. McTevia, principal of McTevia & Associates, a management and consulting firm in Bingham Farms who has been practicing for more than 40 years.

“If you did sell the airport, it wouldn’t necessary close. Those leases have to be honored, so the runways must be active and the hangers must be maintained. Parking meters is another revenue generator. But for all the real estate parcels the city owes, both residential and commercial, those aren’t generating revenue right now so those could go to the creditors.”

The city is trying to eliminate $7 billion in debt as part of its plan to exit bankruptcy, but a handful of creditors have balked at the terms and argue that other owed parties like the pensions funds should not receive special treatment.

In addition to numerous aircraft owners that rent hangers at the airport, other leases, some of them long term, are held by Chrysler Group, which operates a larger distribution facility northwest of the airport, U.S. Auto Rental, AvFlight, AvFuel, the U.S. Coast Guard, Department of Homeland Security, Detroit Public Schools, Detroit Fire Department, and the Detroit Chapter of the Tuskegee Airmen.

Under municipal bankruptcy laws, a city is not required to sell its assets. In turn, a bankruptcy judge over seeing a Chapter 9 proceeding cannot run municipal operations, which is different under corporate bankruptcy proceedings.

Last week, Syncora Guarantee Inc. and Financial Guaranty Insurance Co. were in talks with the city to recover $1.4 billion in pension debt.