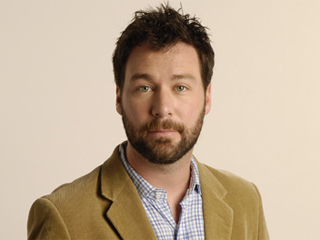 A film created by two former Detroit advertising executives that will be produced by a pair of West Bloomfield natives has qualified for a tax incentive of nearly $500,000 from the Michigan Film Office.

The film, The Pickle Recipe, is about a party emcee who’s desperate for cash and corrupted by a shameless uncle to steal his grandmother’s top-secret pickle recipe. Filming began this month and will be completed through mid-June. Locations include Detroit, Hamtramck, Royal Oak, and West Bloomfield.

“We are excited about projects like this drawing Michiganders home to tell their stories in their own backyard and invest in the communities where they grew up,” says Jenell Leonard, commissioner of the Michigan Film Office in Lansing.

The Pickle Recipe, estimated to cost about $1.4 million to produce, includes plans to hire more than 100 cast and crewmembers, with the majority from the state. About 300 extras also will be hired. The film is expected to be released later this year or in 2016.

The film is based on a script by Sheldon Cohn and a story by Gary Wolfson, both former executives at Southfield’s Doner advertising agency. West Bloomfield natives Jason Potash and Paul Finkel will produce the film. Finkel and Potash also produced Dial a Prayer, which was filmed in metro Detroit, and starred Brittany Snow and William H. Macy. Michigan resident Michael Manasseri will direct The Pickle Recipe.

Leonard says The Michigan Film Office’s most recent approvals for incentives include the films, My Soul to Keep, Swish Master, and Golem, adding up to about $1.8 million in incentives. He estimates that about $5.2 million will be spent in Michigan by the four productions, including The Pickle Recipe. The office was established in 1979 in an effort to assist and attract production companies to Michigan.