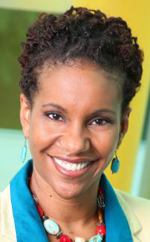 Debt free and operating on an annual budget of $4.5 million, the Michigan Science Center on Tuesday named Tonya Matthews as president and CEO. Matthews, who will replace Jim Issner, interim executive director of the institution, on Oct. 15, is vice president of Museums at Cincinnati Museum Center, where she focused on community outreach and education.

The Michigan Science Center, originally the Detroit Science Center, opened in 1970 as the vision of Detroit businessman Dexter Ferry. The complex was a pillar in the Midtown District until it fell on hard times with financial and operational struggles, and was closed in September 2011. After more than $6.2 million in debt was retired, including forgiveness by businessman Ron Weiser on Ann Arbor, who acquired the debt in June 2012, the institution reopened last December.

Since then, some 100,000 people visited the museum during the first half of the year, which helped generate more than $1 million revenue. The facility hopes to boost annual attendance to 400,000 people with new exhibits like “The Science of Rock ‘n’ Roll,” which runs through the end of the year. Next up is a butterfly exhibit.

Otenbaker adds Matthews’ appointment came after the board conducted a national search. “She was selected because of her very strong background,” Otenbaker says. “She has a vision to engage STEM, working with children and nonprofits.”

Matthews has spearheaded educational programs focusing on child education and teacher training, such as the multimedia BodyLink biotechnology program she managed at the Maryland Science Center. The effort included an outreach program to high school students, who were able to experience an interactive lab environment.