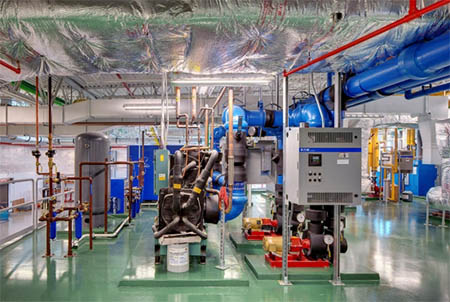 The U.S. subsidiary of Saudi Arabia-based Saudi Aramco has opened a research and development center in Novi, one of three centers the energy and chemicals company has recently opened in the United States.

“Opening a research center in Detroit demonstrates our commitment to enabling meaningful impacts, and the Motor City gives us an ideal platform to bring the talent of Aramco’s researchers together with great collaboration partners in the heart of the U.S. automotive industry,” says Amin Nasser, president and CEO of Saudi Aramco.

Nasser says the 50,000-square-foot research center is equipped with four engine dynamometer labs (a device for measuring torque), and in mid-2016, the center will have a vehicle integration lab with a chassis dynamometer for measuring engine performance and identifying solutions for system integration challenges such as vehicle performance and emissions specifications. The R&D center also has a prototype engine build lab, fabrication shop, and a vehicle soak room, used for testing vehicles under a range of conditions.

Nasser says the new facility will employ 50 people. He says specific areas of research being conducted at Aramco’s new center include fuel combustion and emissions, technology integration, and transport studies. The research center also has been tasked with developing and showcasing low-carbon-footprint transportation technologies.

Aramco recently opened R&D centers in Cambridge, near the Massachusetts Institute of Technology, and in Houston. The company has research facilities in The Netherlands, Korea, Beijing, and in Saudi Arabia, among other locations.