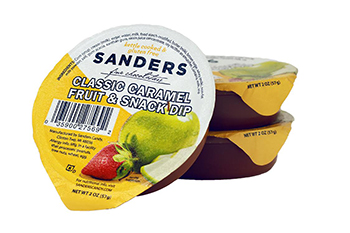 Sanders and Morley Candy Makers in Clinton Township this month will open a 50,000-square-foot distribution center, nearly triple the size of its previous facility.

The new complex — down the road from the company’s current manufacturing location at 23770 Hall Rd. — is just one of the many steps Sanders is taking to support the growth of the company. Other changes include upgrading software, adding new machinery, and hiring several key employees.

“In this highly competitive market, we are grateful that our main challenge has been to further advance our organization to keep pace with increasing demand,” says Ron Rapson, president of Sanders and Morley Candy Makers. “These investments will definitely help us operate much more efficiently and better serve our customers.”

Sanders has experienced double-digit growth over the last five years due to its expanded distribution into national retail chains and many independent shops around the country, say company officials.

The company has increased distribution of its baked goods line that includes deep-dish brownies and caramel bumpy cake, as well as new candies including milk and dark chocolate sea salt caramels.

With all distribution and storage being moved to the new center, Sanders will soon install a 500-gallon caramel cooking kettle and custom-built chocolate enrobing line in the space previously designated as the storage warehouse.

Earlier this year, Sanders launched its Orchard Collection line, which includes gluten-free fruit and snack dips, as part of the “better for you” snack trend. The company plans to begin production on new fruit and granola clusters later this year.