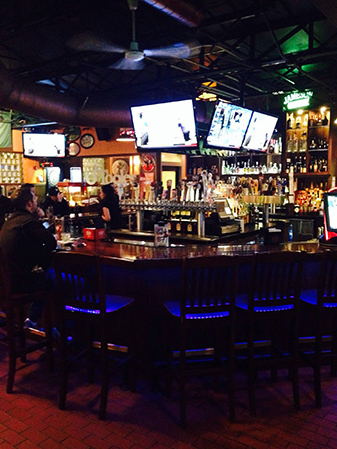 The owners of Royal Oak’s O’Tooles Irish American Grill and Bar are expanding by adding a restaurant in downtown Rochester in October. The new eatery will feature a menu produced from local farmers and vendors.

“We’re trying to bring in as many local products as we can,” says Robin Silveri, manager at O’Tooles in Royal Oak. “I know that’s a big theme right now and everybody’s doing it, but we want to be involved in that. That’s pretty much our goal — to have a fresh menu that changes.”

While a menu hasn’t been finalized yet, she says possible menu items include six different types of pizza, such as a gluten-free option with a cauliflower crust; salads with produce from local farmers markets; food and drink pairings; and daily specials such as fish and chips or prime rib. A full children’s menu with healthy options is also in the works.

The Rochester O’Tooles will carry 80 beers on tap, twice the number from Royal Oak, however Silveri says the focus will be more of an “upscale farm-to-table cuisine dining experience.”

The 6,000 square foot space, which was previously a Mediterranean restaurant, will be located on the southwest corner of Second Street and Rochester Road in downtown Rochester.

“I am looking forward to opening a restaurant in downtown Rochester,” says Keith Wadle, owner of O’Tooles. “My wife Rebecca and I are raising our family here, and it’s very exciting to be a part of the growth of Rochester. I love living here, and I believe the new ideas we have for this restaurant will be an asset to the downtown area.”

The Rochester restaurant will seat 30 people at the bar and 140 in the dining room, and will feature natural wood and copper decor with large open windows. Ron and Roman, the Birmingham-based architecture firm which most recently helped with the design of Triple Nickel in Birmingham and the Rochester Tap Room, are designing the new space. â€‹