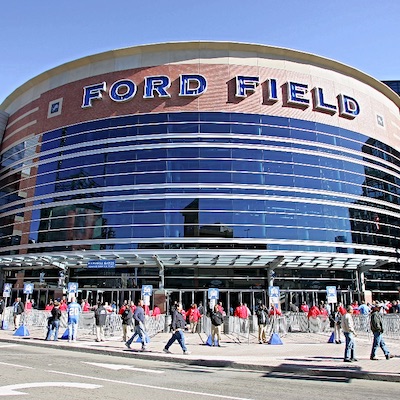 The partnership was announced in conjunction with a separate announcement between the Detroit Lions and Verizon that Wi-Fi will be fully upgraded and available for fans and guests at Ford Field by the opening of the 2017 NFL season. The new Wi-Fi system has quadrupled capacity, and new antennas throughout the stadium will allow for a better overall experience when fans are browsing, posting, and streaming content during games and events.

“The fact that the Detroit Lions chose Rocket Fiber to upgrade their bandwidth and speed speaks volumes to what we are accomplishing with Rocket Fiber — creating a product and experience that fits the needs of any organization, no matter the size,” says Edi Demaj, co-founder and COO of Rocket Fiber. “We are thrilled that other leaders in the city see the value in providing world-class internet experiences to continue making Detroit a leading destination in technology.”

Co-founded by Demaj, Marc Hudson, and Randy Foster in 2014, and primarily funded by Dan Gilbert, Rocket Fiber delivers gigabit Internet speeds that are up to 1,000 times faster than the average connection. More information about the company can be found here.