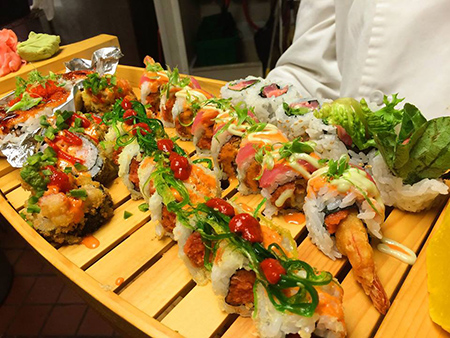 Customers at the new Rockefellers Oyster Bar & Grille — the third consecutive oyster bar to set up shop at Mack and Nottingham in Grosse Pointe Park — may feel a bit nostalgic upon entering the restaurant.

After all, when owner Jai-Lee Dearing decided to take over the lease of the space in January, he found that his five-month renovation project turned into a restoration that evokes the original oyster bar.

“We gutted it, but then after consulting with the original owner of Tom’s Oyster Bar (Tom Brandel operated the eatery from 1987 to 2008), we realized how important this place was to the community,” Dearing says. “So many firsts happened here. It’s where people had their first dates, where they got engaged, (and) where they celebrated their kid’s 13th birthday. We thought it was important to cherish those memories.”

To do that, the contracting team found and re-installed the original light fixtures, recreated the tin ceiling, redid the wood floors, and varnished the oak bar. In addition, Rockefellers took a page from the original menu by offering up to eight different varieties of fresh oysters daily.

Other highlights on the menu — which Dearing developed with executive chef Don Kruse — include Oysters Rockefeller (hence, the restaurant’s name), frog legs, beef tenderloin tips with pasta, and smoked salmon linguini. Entrees range in price from $18 to $25.

Rockefellers will also play a part in the music scene, with live entertainment scheduled seven nights a week. Dearing adds other amenities include complimentary valet, and if it’s raining, “a doorman will walk you to your car with an umbrella.”

The restaurant, which can accommodate up to 175 people and employs 25 workers, opens each day at 4 p.m. It closes at 10 p.m. Sunday through Thursday, and 11 p.m. Friday and Saturday.

This isn’t Dearing’s first foray into the restaurant industry. His family owns Bert’s Warehouse in Eastern Market, where on most Saturdays, “you’ll see us outside barbecuing with music and karaoke in the back.”