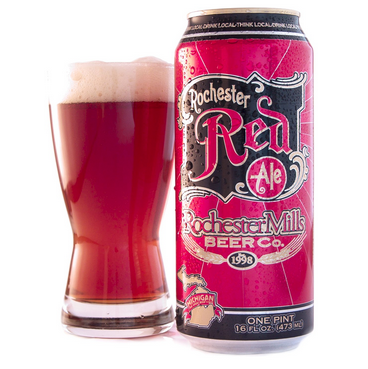 Rochester Mills Beer Co. is expanding to stores, restaurants, and bars throughout the Midwest, and is now available in 23 counties throughout northern Ohio.

The market expansion follows a year in which the company produced 4,700 barrels, up 40 percent from 2013.

“Adding the emerging Ohio craft beer market to our distribution footprint is a vital part of our business model,” says Earl Smith, CEO of Auburn Hills-based Rochester Mills Production Brewery, which brews Rochester Mills’ brands for distribution. “Although we have been very careful not to overextend ourselves as we grow, we are now in a position to take our beers to a broader customer base.”

Smith says the company — which is partnering with RL Lipton Distributing Co. in Youngtown, Ohio — foresees continued expansion in Ohio and throughout the Midwest this year.

Rochester Mills Beer Co. opened its doors in 1998 in the historic Western Knitting Mill on Water Street in downtown Rochester. In 2012, the business expanded by opening a production brewery to take the beers beyond the brewpub. In addition to Ohio, the brand is now available in each of Michigan’s 83 counties.