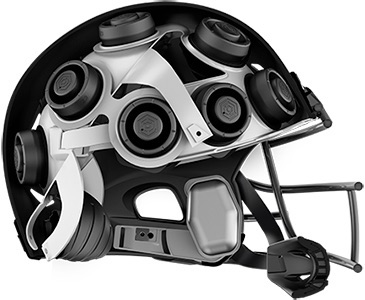 The partnership provides athletes with Xenith football helmets featuring the company’s Adaptive Head Protection, a system of technologies designed to mitigate rotational forces using a shock suspension system. The technology is currently used by professional and amateur athletes at various ages and levels.

“As a Detroit-based company, we’re passionate about supporting other Detroit organizations and the Rivals Professional Football League presents a great opportunity to partner with a homegrown professional development league that’s making big moves on a national stage,” says Ryan Sullivan, president of Xenith. “We look forward to providing industry-leading helmet technology to the elite athletes of the RPFL for years to come.”

Founded in 2014 by Quentin Hines, a Detroiter and former New England Patriots running back, RFPL provides adult football players an opportunity to gain more experience and game film that can be used to market themselves to the NFL, CFL, and AFL. Each team in the RPFL will compete for eight weeks in the 2017 season. In addition, Shane Gianino, CEO of QStride in Detroit, serves is an investor and vice president of operations for Rivals Professional Football League.

The Detroit Cougars, Oakland County Racers, Michigan Bearcats, and Pontiac Generals will compete in Detroit at Wisner Stadium in Pontiac from June until August 2017. The top two teams from each state will then move on to compete in a televised league championship game after the regular season.

Xenith has an office in downtown Detroit, and is working with students from the College for Creative Studies in Detroit on a studio.