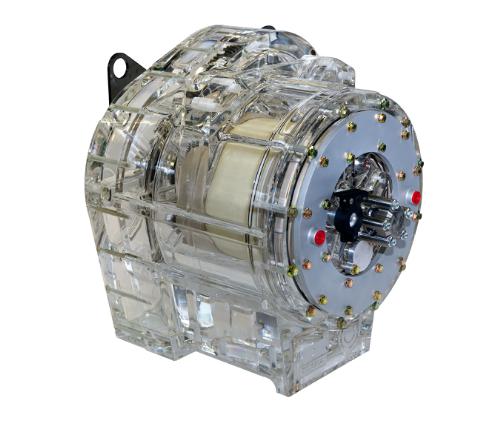 “We are going to store energy by speeding up the flywheel, and recover energy that is released from any vehicle changing motions,” says David Rollafson, Ricardo’s vice president of innovation. “The faster the flywheel spins, the more energy it has.”

For example, Rollafson says a conventional excavator equipped with a new TorqStor device could save as much as half of the total potential energy that is currently wasted in the machine’s arm/bucket movements. Coupled with further improvements to the base machine such as engine downsizing, hydraulic system improvements, and ancillary load optimization, fuel savings could be substantially greater.

A pre-production version of TorqStor will be available for sale starting this spring. Ricardo is currently accepting orders from OEMs and Tier 1 manufacturers, adds Laura Dillmann, a spokeswoman for Ricardo.

The ConExpo 2014 represents the newest in equipment, technology and product breakthroughs in construction and runs from March 4-8.