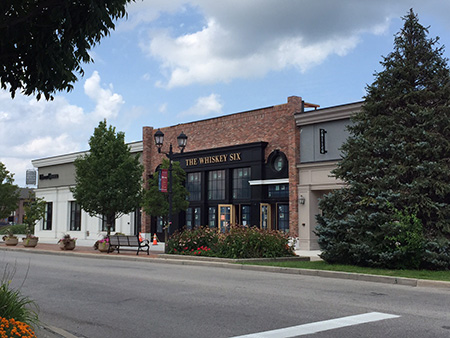 Whiskey Six, a restaurant and bar with a focus on Michigan-made whiskey and beer, will open in the Village of Grosse Pointe this fall.

“(Whiskey Six) will be a lively and approachable drinking and dining spot, with live music, hand-crafted cocktails and fresh, made-from-scratch food,” says Michael Bileti, general manager of the restaurant.

The 200-seat restaurant is named after the 6-cylinder Buicks and Studebakers that Prohibition-era bootleggers loaded with spirits and transported from Canada to Detroit. A restored 1928 Studebaker will decorate the restaurant’s interior.

“We wanted to bring people in to the beautiful Village of Grosse Pointe, from the Grosse Pointes, and beyond, and provide a sophisticated but welcoming place to eat, have a drink, and listen to great music,” Bileti says.

Whiskey Six is looking to hire about 50 people, for positions including a chef, servers, bartenders, and line cooks, among other jobs. To apply, email resumes, references, and shift availability to thewhiskeysix@gmail.com.