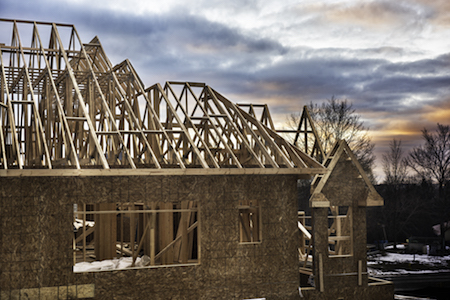 Based on residential permit data compiled by the Home Builders Association of Southeastern Michigan (HBA), a total of 448 single-family permits were issued in Macomb Oakland, St. Clair, and Wayne Counties in September.

It was the best recorded September since 2006, when 500 new housing construction permits were issued, and helped bring the total single-family home permits for the first nine months of 2017 to 4,113, sustaining the best start to a year since 2005.

As reported last month, price appreciation of new construction is also an encouraging sign, as measured by monthly average permit value. Through September, the average permit value for new homes in the first nine months of 2017 was $270,702, an 8 percent increase compared to the same time last year.

Comparatively, the price appreciation of existing homes, as measured by monthly average sales prices reported by Realcomp in Farmington Hills, has increased by less than 7 percent, compared to 2017.

The three-month average for the number of people employed in Oakland County during the past three months was also reported to be 639,480, the highest since July 2001. Similarly, the same time frame average for Macomb County was 439,008m the highest recorded rate since 1999.

HBA’s econometric model predicts a total of 5,265 single-family permits will be issued during 2017, which would complete the best year since 2006.