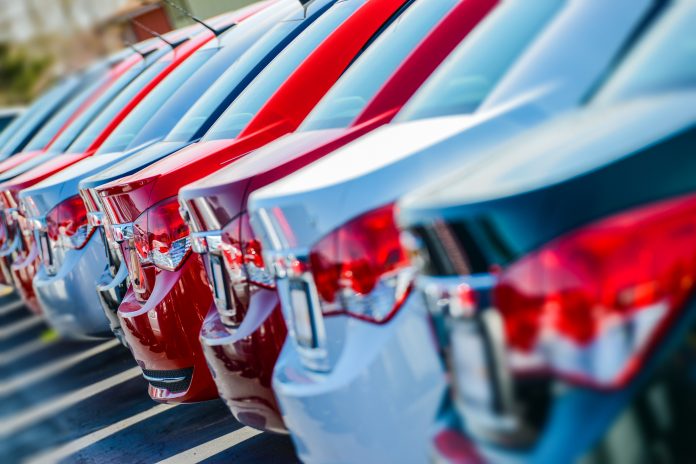 Supplies of three-year-old vehicles hit a record-high level in the second quarter of 2018, accounting for nearly one-fourth of all franchise dealer sales. Residual values for these vehicles are flattening as a result.

However, prices of used vehicles were at a record high in the second quarter of 2018, with the average price breaking the $20,000 threshold.

“The gap between new and used vehicle prices is significantly widening,” says Ivan Drury, senior manager of industry analysis at Edmunds. “Near-new vehicles offer greater savings now than they ever have before, thanks to a constant supply of off-lease vehicles and a shortage of older vehicles in the market.”

Edmunds experts conducted an analysis of the difference in average transaction prices between new and 3-year-old vehicles to determine overall savings. Edmunds analysts note that the greatest savings by category can be found on 3-year-old luxury midsize cars, sports cars, and large cars, with savings of 48 percent, 45 percent, and 43 percent, respectively.

“Luxury midsize cars serve as an example of the used market providing significant savings since these vehicles often have the highest lease penetration rate of any vehicle category,” says Drury. “On the other end of the spectrum, midsize trucks is a category that has been invigorated on the new sales front with the resurrection of old models, but leasing has never been popular among these shoppers. And with such limited quantities on the used market, midsize trucks retain high values, making them less appealing from a savings perspective.”

The analysts also found values of three-year-old vehicles compared to new for the 20 top-selling used vehicles in the U.S. The results reveal that greatest savings can be found on the BMW 3 Series, Chevy Malibu, and Chevy Cruze, with savings of 48 percent, 46 percent, and 45 percent, respectively, compared to their new counterparts. The Toyota RAV4, Honda CR-V, and Toyota Corolla offer the least savings, with 3-year-old versions offering 29 percent, 30 percent, and 32 percent, respectively, in savings.

“BMW’s 3 Series faces weakened residual values because of high lease volumes in a segment that is no longer seen as the entry point into the luxury market, but those who regard the 3 Series as the luxury compact sedan to own can benefit from significant savings,” says Drury. “On the other end, the Toyota RAV4 was a best-seller when new, and even though it was heavily leased three years ago, the strong residual values of this vehicle combined with the healthy overall demand in the compact SUV segment don’t allow for significant savings.”

Edmunds analysts say they expect these market dynamics to continue in a predictable manner into the near future unless tariff policy changes come into play.

“If tariffs are enacted against specific models, these savings figures are bound to change and are certain to test customer loyalty,” says Drury.