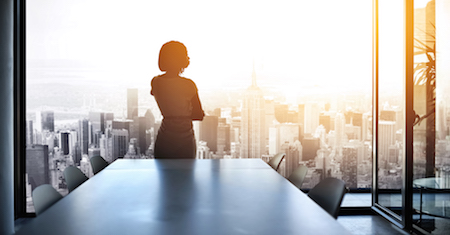 Inforum, a nonprofit organization with offices in Detroit and Grand Rapids, has released its Michigan Women’s Leadership Report which shows signs of growth and stagnation for women in different corporate roles.

The report shows a 79 percent increase in the number of women on corporate boards for Michigan’s 15 fortune 500 companies since 2007. According to this year’s report, one in four board seats at the large publicly traded companies in Michigan are held by women.

“We have been publishing research on women’s leadership at Michigan public companies since 2003,” says Terry A. Barclay, president and CEO of Inforum. “We believe these reports provide valuable longitudinal data that is not readily available from other sources.”

With an increase of corporate board growth for women, the report also indicates that there is still progress to be made at the executive level. There are four women CEOs in Michigan’s largest 100 public companies (Mary Barra at General Motors Co., Patti Poppe at CMS Energy Corp., Heather Brolick at Community Shores Bank Corp., and Susan Eno at CNB Corp.) with around half of the companies employing no women executives.

“While we are encouraged by the increase of women on the boards of several Fortune 500 companies over the last decade, that hasn’t moved the needle much for women overall,” says Robert Forsythe, dean of the Mike Ilitch School of Business. “They remain vastly underrepresented at the highest levels of leadership in the overwhelming majority of Michigan companies, nearly 90 percent of which have no or only a symbolic representation of one or two women on their boards or in their C-suites.”

Inforum began as a networking and speakers forum for women in 1962, and developed into an educational and charitable nonprofit that provides research to promote careers for women and assist talent initiative for companies. This year’s report can be found here.