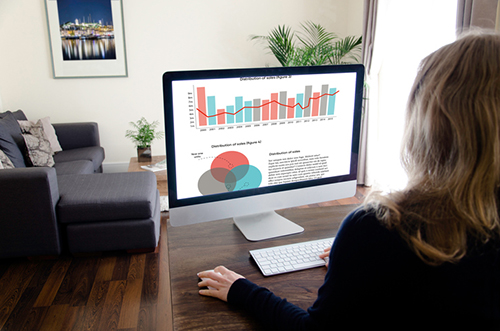 Customer satisfaction with personal computers, including desktops, laptops, and tablets, remains unchanged at 77 on a scale of zero-100, according to Ann Arbor’s American Customer Satisfaction Index’s (ACSI) Household Appliances and Electronics Report 2018.

The new report shows customer satisfaction has increased for desktop computers and tablets but has declined for laptops.

“Phones continue to supplant computers for web browsing, shopping, banking, and entertainment, but desktop computers are workhorses for gamers and business users,” says David VanAmburg, managing director at the ACSI. “These users make up a small but passionate corner of the PC market, choosing desktops for the power and functionality that phones, tablets, and even laptops still can’t match, according to our satisfaction data.”

Amazon and Samsung tied for second place – both have an ACSI score of 82, which is up 4 percent for Amazon. The number hasn’t changed for Samsung. ASUS fell 3 percent to tie with HP at 78. HP climbed 1 percent.

Lenovo increased by 1 percent to an ACSI score of 77, matching the industry average. Acer hasn’t changed year over year with 75.

Dell fell 4 percent to 73, and Toshiba fell 5 percent to 71, its lowest mark to date. Users say their value doesn’t compete with other computers. Dell’s desktop models are well liked, but users don’t like the company’s machine designs. Toshiba users say the company’s models struggle with speed and reliability.

Most aspects of the PC industry have deteriorated in the eyes of its customers. Design has slipped 1 percent to 82, while accessories, software and apps, and graphics and sound have fallen the same amount to 80. Ease of operation stayed at 79, but an increase in the frequency of system crashes as well as features losing appeal triggered drops in both categories to 77. Processor speeds also dipped 3 percent to 76.

Website satisfaction retreated 5 percent to 78, and call centers, which made progress last year, plummeted 14 percent to 67.

“It’s hard to pinpoint why customer satisfaction in call centers fell so much, but the PC industry’s increased emphasis on web and mobile as it scales back on call centers is a big piece,” says VanAmburg. “If you’re downsizing your operations, especially with anything related to customer service, you’re going to see a drop in satisfaction as wait times increase, and it’s harder to get a person on the phone.”

Customer satisfaction with software for desktops and laptops rose 1.3 percent to 79. Microsoft climbed 4 percent to 79 on a successful Windows 10 upgrade cycle that favors smaller, more regular updates. Its user satisfaction ranks even with the combined score of smaller software makers, including Adobe, Norton, Quicken, and TurboTax.

Customer satisfaction with household appliances held steady with an ACSI score of 80. It has been one of the most stable industries tracked by the ACSI but has seen minimal differentiation across companies.

After the rollout of its first black stainless-steel kitchen suite, Bosch, up 1 percent to 83, has the highest customer satisfaction among household appliances. A new partnership with Home Depot is expected to expand its distribution in-store and online.

LG remains in second place after dropping 1 percent to 82. Samsung rose 3 percent to an ACSI score of 80, due in part to its leadership in smart home technology.

GE Appliances rose 1 percent and Whirlpool slipped 1 percent. Both are at 79, slightly below the industry average. Electrolux dropped 4 percent and landed at the bottom of the category with a score of 78.

Customer satisfaction with TVs and Blu-ray/DVD players dropped 2.4 percent to an ACSI score of 83.

“TVs still rate among the top three industries tracked by the ACSI, but the market shows signs of saturation, lacking the innovation needed to lift consumer satisfaction further,” says VanAmburg.