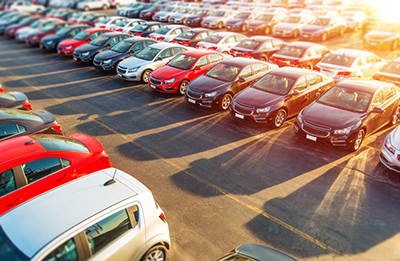 New car and truck sales in November will dip 1.3 percent from a year ago to 1.376 million units, forecasts Edmunds, the first drop in November sales since 2009.

“Retailers have been pushing Black Friday car deals through the entire month of November, so unless they decide to pull out all the stops in the 11th hour, this is likely going to be the first time we see November sales take a dip in nearly a decade,” says Jeremy Acevedo, manager of industry analysis for Edmunds.

“Although sales remain at a healthy level, factors such as increasing market saturation, rising transaction prices, and elevated interest rates continue to create headwinds for the industry overall. November’s sales slowdown signifies a new normal that we can expect through at least the end of 2018, and likely into 2019.”

On the bright side, the seasonally adjusted annual rate of 17.3 million reflects a 1.3 percent increase in sales from October.

General Motors leads the way in the Edmunds November forecast with 239,197 sales, 2.5 percent behind last November. Toyota was second with 193,516 in forecast sales, up 1 percent from a year ago. Ford is expected to check in with 190,557 sales, which would be 9.3 percent off pace from the same period last year.

For the first time, estimates for Tesla are included in the Edmunds retail SAAR calculations, volume forecasts, and market share estimates for November. Edmunds notes that Tesla’s increasing impact on the market makes it necessary to include these figures as part of the overall industry sales picture, and as a result will continue to include them monthly moving forward.