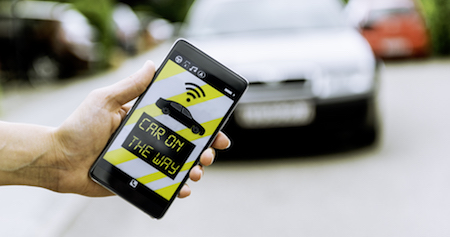 Inversely, the general belief is that ride-sharing and autonomous vehicle developments will top luxury and premium brands as the biggest winners of MaaS trends.

Despite new car sales continuing to climb, James Hodgson, research analyst for ABI Research, believes mass market OEMs will have to search for profitability in an evolving market, as their inability to ship in high volume will lessen their capacity to provide affordable rates for consumers.

“As adoption of shared driverless mobility spreads, private vehicle ownership will diminish and profitability will be tied heavily to utilization of shared vehicles, rather than ever higher new car sales,” says Hodgson. “In this context, it’s hardly surprising that the industry as a whole is pessimistic about the future of mass market OEMs.”

Whatever the strategy, Hodgson notes that mass market OEMs must adapt somehow; the attractiveness of luxury brands are only continuing to grow.

“Premium brands are weathering the transition much better than their mass market counterparts,” adds Hodgson. “Not only do they have a commanding lead amongst automotive incumbents in the ‘nuts and bolts’ development of autonomous vehicles, but their history of delivering premium in-vehicle experiences makes them well poised to capitalize on the shared third space.”

Meanwhile, both Ford and GM are taking steps to prepare for a smoother transition into a new automotive era. For Ford, some speculate a major step was taken in the form of hiring new CEO Jim Hackett in May. Prior to becoming the company’s CEO, Hackett served as chairman of Smart Mobility LLC, a Ford subsidiary.

Additionally, GM has been particularly active in the ride sharing community. Maven, GM’s riding sharing service that launched in Ann Arbor last March, has been steadily expanding their operations nationally. In February, 100 Chevy Bolts were given to Maven’s largest market in Los Angeles. GM also has an ownership interest in Lyft and Cruise Automation.

Some mass market OEMs have chosen to go this direction, while other companies, such as Renault-Nissan have announced plans to develop their own shared driverless vehicle service.

And while 25 percent of the survey’s respondents say they expect ride share operators to “dominate the MaaS market,” almost all of them announced they will play some role in the takeover.

The full report can be found here.