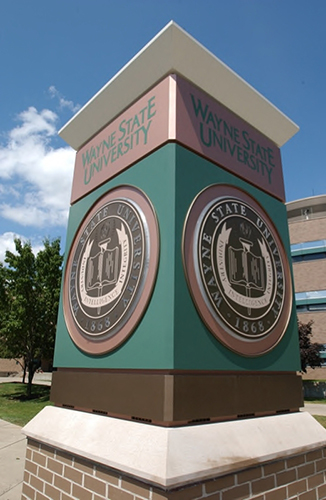 Michigan’s public universities are responsible for more than 120,000 jobs, with spending and earnings accounting for $23.9 billion in economic activity, says a recent report.

“Whether it’s the salaries earned by professors, our investment in new buildings needed to keep up with student demand, or the earnings of our graduates, it’s clear that public universities are vital to every one of Michigan’s 83 counties,” says Glenn D. Mroz, president of Michigan Technological University and chairman of Presidents Council, State Universities of Michigan, which commissioned the report.

In 2012, the 15 state universities collectively supported more than $12 billion in earnings in Michigan, according to the report. The 1.3 million alumni living in the state earned $47 billion in wages and salaries in 2012, the report says.

Michael Boulus, executive director of the council, says the report shows that Michigan universities drive local economies in many ways. He cites examples including Wayne State’s increased offering of student housing at its Detroit campus and research at the University of Michigan that leads to the creation of new products and companies.

“Michigan’s universities are partners with local businesses in so many ways,” Boulus says. “We hope this report will remind lawmakers that investing in higher education is investing in the state’s economy.”

“Many people don’t realize that universities use machine shops to build specialized equipment for research, hire local carpet companies to replace worn rugs, and employ nurses, clerks, and physicians at hospitals,” Boulus says. “Without universities, those companies and workers would face difficult times.”

Of the 1.3 million alumni of Michigan public universities living in the state, 61 percent earned a four-year degree. In total, the group earned a total of $47 billion in salaries and wages in 2012.

With more than 300,000 students, Michigan ranks sixth among the states in public university enrollment, despite being ninth in population.

Enrollment at the Michigan 15 public universities grew 5 percent from 2003 to 2012, despite a shrinking state population and major cuts in state support per student. Many of the students came from other states, including Illinois (5,775 students), Ohio (3,201), California (3,140), New York (2,799), and Wisconsin (1,827). Top nations providing international students were China, India, Saudi Arabia, and Canada.