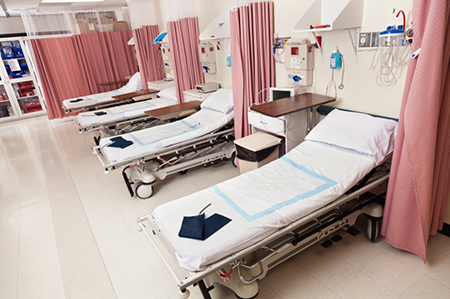 State regulations of hospitals and insurance market conditions have led to lower medical costs in Michigan compared with Indiana and Wisconsin, according to a report released today by the University of Michigan.

Michigan, Indiana, and Wisconsin were the three states chosen for the study because of the mix of health care policies and market conditions. The report looked at hospital costs at the state level and hospital profit margins in the largest city in each state: Detroit, Indianapolis, and Milwaukee.

Michigan had a per-capita hospital cost of about $2,600 in 2013, while Indiana was around $3,000 and Wisconsin was near $3,100. Michigan is one of 36 states that has Certificate of Need laws, while Wisconsin and Indiana do not.

“Differences in the states’ health insurance markets and Certificate of Need laws that regulate hospital construction and investment in technology, are likely two factors contributing to the variation we see between hospital costs in these cities,” says Marianne Udow-Phillips, director of The Center for Healthcare Research and Transformation, based at the University of Michigan. The center conducted the study, with assistance from U-M and Blue Cross Blue Shield of Michigan.

IN RELATED NEWS, Blue Cross Blue Shield of Michigan and the University of Michigan Health System will collaborate with hospitals across the state to develop best practices to improve patient care in emergency departments.

“We’re interested in collaboratively improving the delivery and outcomes for patients across the entire spectrum of emergency care, from diagnostic testing to treatment and transitions of care into the hospital and back to the community,” says Keith Kocher, M.D., project director and assistant professor of emergency medicine for the University of Michigan Medical School.

The initiative will evaluate patterns of care to guide improvement efforts, deliver feedback, and develop tools for health care providers to collaborate on best practices. In 2013, Michigan’s emergency room visit rate was 15 percent higher than the national average, with the state averaging 493 visits per 1,000 people compared with 423 nationally.