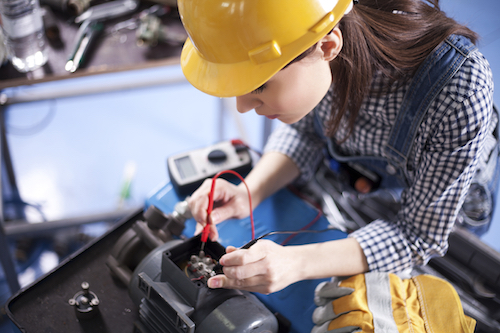 With nearly 700,000 workers employed in Michigan, last year marked the highest level of employment growth in the state’s advanced manufacturing industry, says a new report by Lightweight Innovations For Tomorrow (LIFT) and the Workforce Intelligence Network in Detroit.

The organizations says this is the state’s highest advanced manufacturing employment number since 2006, and a nearly 30 percent increase from the middle of the Great Recession in 2009.

“Manufacturing demand and employment in Michigan continue to rise as the economy improves and employers expand operations here,” says Elliot Forsyth, a member of the Michigan LIFT State Team.

The quarterly report, which covers Michigan, Ohio, Indiana, Kentucky, and Tennessee, found that Michigan added more than 28,000 advanced manufacturing jobs in the first quarter of 2016.

IN RELATED NEWS, The National Association of Manufacturers today released the results of its second quarter 2016 Manufacturers’ Outlook Survey, which showed an uptick in overall sentiment. In the survey, 61.7 percent of manufacturers expressed positivity about their own company’s outlook, up from 56.6 percent who said the same thing in March. This marks the most optimistic manufacturers have been since December 2015.

“While this survey offers a bit of optimism for manufacturers, there is still a dramatic need for improvement before our sector can regain its footing,” says NAM Chief Economist Chad Moutray. “This survey, coupled with the latest jobs report, should serve as a stark reminder to Congress that policy priorities, including market-opening trade agreements and comprehensive tax reform as well as addressing regulatory barriers, are top of manufacturers’ minds. If lawmakers in Washington take action on these and other items, they could help reverse the pain manufacturers are experiencing, expanding job opportunities and strengthening the broader economy as a result.”

Key findings from the survey include: