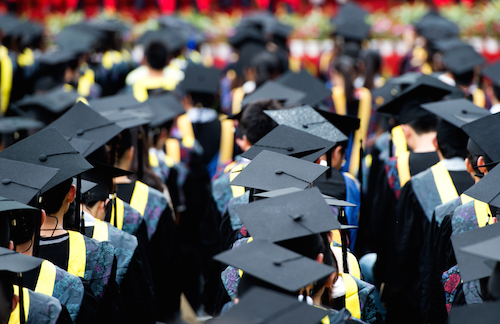 Michigan ranks 36th among all U.S. states for the amount of funds it appropriates to its public higher education institutions, says a new report released by Lansing-based Business Leaders for Michigan.

According to the report, which is based on data from 15 of Michigan’s public universities, Michigan is also considered the 8th worst state in the nation for the amount of debt students have after graduation.

This year, however, the state’s universities have all achieved higher graduation and retention rates, improved student and staff ratios, and grown in the number of degrees awarded.

“That our public higher education institutions are achieving as well as they are speaks volumes about the innovative strategies and leadership capacity they share,” says Doug Rothwell, CEO at Business Leaders for Michigan. “As a state, we simply must do better to prepare the workforce of tomorrow.”

Out of the 15 institutions surveyed this year, nine continued to increase their enrollments, 11 have six-year graduation rates that increased during the past year and grew student retention rates, and 13 have awarded more critical skills degrees than their peer average and increased the total number of degrees awarded.

“This year’s results show a higher education sector that’s seizing on some of the most essential work and priorities needed to strengthen Michigan for the long term,” Rothwell says.