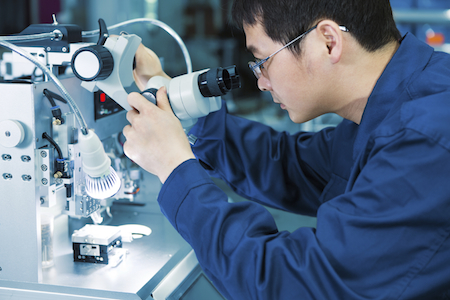 While Michigan is out-performing much of the nation when it comes to growth in employment, personal income, and GDP, it still falls below Top 10 rankings, according to a new report from the Business Leaders for Michigan.

“Productivity and personal income are up and unemployment is down,” says Doug Rothwell, president and CEO of the association, which hosted a conference Thursday at the Westin Book Cadillac. “Our tax climate is significantly improved and our prospects for future growth are positive. However, the rapid growth we experienced during the past couple of years is stabilizing, just when we need to ramp up further.”

That’s not to say Michigan is thriving in some respects. The report notes that the state’s overall business tax climate is 14th best nationally, with recent changes to the Personal Property Tax expected to lead to further improvements.

Likewise, the state remains a national leader in R&D ranking among the Top 10 in the national for university research and No. 13 in patents awarded.

Rothwell points to the 2014 Michigan’s Economic Competitiveness Benchmarking Report, which cites the state’s need for more skill and educated workers. While Michigan production of credentialed and degreed talent is similar to Top 10 states, the pool of available talent with a credential or degree is smaller. In fact, Michigan ranks No. 26 for number of workers with critical skills degrees and certificates.

“We cannot create more good paying jobs without the workforce to fill them,” Rothwell says. “We need to boost efforts to train workers and make college more affordable. We need to address the quality of our roads and bridges.  We want Michigan to grow, not just get by.

“It’s time to invest in our infrastructure and leverage our distinctive assets to give Michigan a competitive advantage.”

Rothwell notes that if Michigan were performing like a Top 10 state today, the state would have 150,000 more jobs and $12,000 more income per person. “Now is the time for us to think bigger, become more competitive, and move Michigan ahead of others to win economically.”