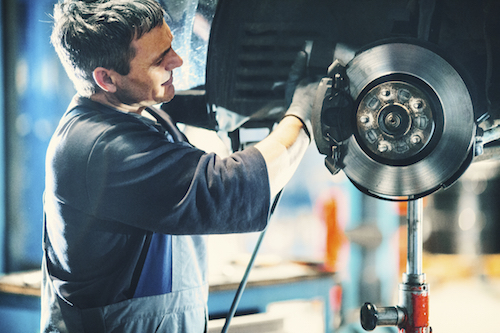 For the second consecutive year, Michigan has received an A grade in manufacturing and a C in logistics, says a new report released from Ball State University.

The report gives each of the 50 states a grade of A through F in nine categories — manufacturing, logistics, human capital, worker benefit costs, tax climate, expected liability gap, global reach, sector diversification, and productivity and innovation — as a way to measure efficiency for manufacturing and logistics firms.

Michigan is one of five states to receive an A-grade in the manufacturing category. Having one of the largest manufacturing industries in the country was significant in deciding the score, says Michael Hicks, director of Ball State’s Center for Business Economic Research.

“We all think of Michigan as the car headquarters of the world, but the industry has really branched out into all types of manufacturing and transportation equipment,” he says. “So, trucks and truck bodies … are increasingly important to the state.”

The state’s score of a C in the logistics category, which entails the ability to move goods, store inventory, and manage processes, is considered average.

“What kept Michigan about average in (logistics) was the size of the commodity (that flows through the state),” Hicks says. “So, unlike Illinois or Indiana, Michigan just isn’t geographically a place that is going to attract a lot of movement of goods.”

The state scored a B in worker benefit costs, productivity and innovation, and global research categories.

Michigan’s lowest two scores were in the human capital and sector diversification categories, which received a D and an F, respectively.

“During that 2000 to 2010 census, (Michigan) drained a lot of skilled workers out of the state,” Hicks says. “The single thing that makes Michigan least attractive to manufacturing firms and logistics firms is the lack of availability of really skilled workers. In the long run, a well-educated and ready workforce matters more than any other single factor in the health of advanced firms.”