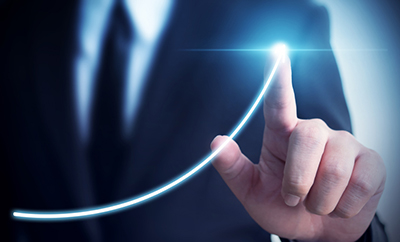 The current streak is the same length as the period ranging from the spring quarters of 1991-2000. Job growth for the next two years looks positive despite some slowing growth, according to the researchers.

“That’s the good news,” says Gabriel Ehrlich, director of U-M’s research seminar in quantitative economics. “The mixed news is that job growth is slowing down as the labor market tightens.”

The analysis also found that Michigan’s under-65 population growth will come from international migration and the attraction and retention of college-educated young adults.

The state saw a 29-percent rise in the number of college-educated adults aged 25-34 from 2010-2017, and 13 of the 16 largest cities in the state surpassed the national average growth rate in attracting young adults with at least a bachelor’s degree. International migration is expected to make up 55 percent of Michigan’s population growth through 2025.

“International migration is an especially important driver of Michigan’s population growth because without it, the state’s population aged 64 or younger is projected to shrink by 200,000 residents by 2025,” says Ehrlich.

The overall 2019-2020 forecast for Michigan sees steady but muted job growth, low unemployment, tame inflation, and an economy that continues to diversify.

U.S. light vehicle sales have slowed from recent years. Sales for Ford, GM, and FCA have decreased to 41.6 percent from 42 percent a year ago. The researchers estimate sales will decline from 17.1 million units this year to 16.9 million in both 2019 and 2020. The light truck share of the market is expected to rise from 65 percent in 2017 to 75 percent by 2020.

“All three Detroit automakers have cut their profit forecasts for 2018,” says Donald Grimes, an economist at U-M. “Ford has claimed that the steel and aluminum tariffs could cost it up to $1 billion.”

Construction and professional and business services are leading sectors for gains in 2018. Each added 11,100 jobs in the first three quarters of the year. Health services grew by 7,400 jobs, and manufacturing rose by 6,900 jobs. The construction industry is expected to add 8,300 jobs over the next two years, while professional and business services will add 13,500 jobs by 2020.

Michigan’s sustained recovery will help the state’s unemployment rate decrease from an average 4.4 percent this year to 3.9 percent in 2019 and 3.8 percent in 2020.